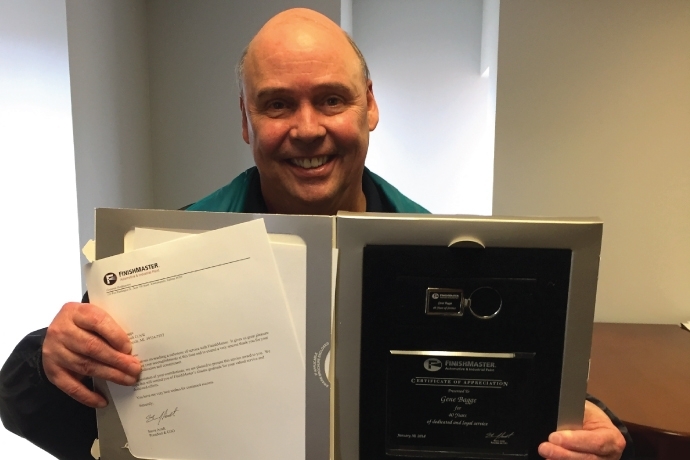 Throughout the next several weeks, we will highlight team members who have spent more than a decade with the FinishMaster family. Whether they joined the original team in Grand Rapids, came through an acquisition, or stumbled upon a job and stuck with it, each of these team members have been influential in our organization and are part of the reason we are celebrating our 50th anniversary.

Since the time Tom Case’s company, Thompson PBE, was acquired by FinishMaster in 1998, he has remained loyal to the team. Tom has spent his time in a variety of roles including: Senior VP of Sales, Regional VP of Sales, District Sales Manager, Regional Business Developmental Manager, and more.

In his early days with FinishMaster, Tom was responsible for running all aspects of the business in his division.

“As a division we ran as an entity. It was fun, and we had a good group of people. They all did their job well and it made my job very easy.”

One of Tom’s favorite memories is attending Winter Leadership Meeting. He enjoys the way it brings team members together and the camaraderie it created. 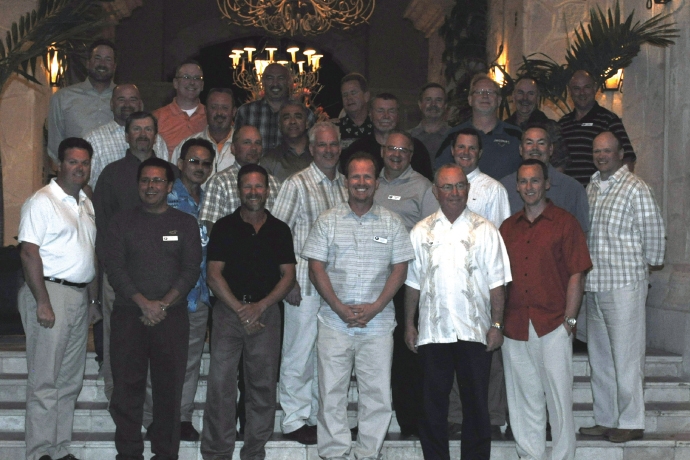 When we asked Tom what made him stick with FinishMaster so long he replied, “It’s a matter of mutual respect. The company has treated me very well.”

Through the many years of his career, Tom has always found loyalty to be a strong influence in his decisions.

“Growing up and being a young man in business, I appreciated all the opportunities afforded to me. And while I’ve had other opportunities, I’ve felt like it was important to be loyal to the people and companies that get you ahead in life.”

Back in 1978, Gene Bagge was simply looking for a job. Fast forward 40 years and you will find Gene working at the Grand Rapids branch with his FinishMaster family.

Starting out as a driver, Gene climbed his way up the ladder, from working counter sales to becoming Assistant Store Manager to managing our first warehouse, and now serving as a Branch Manager in Michigan. 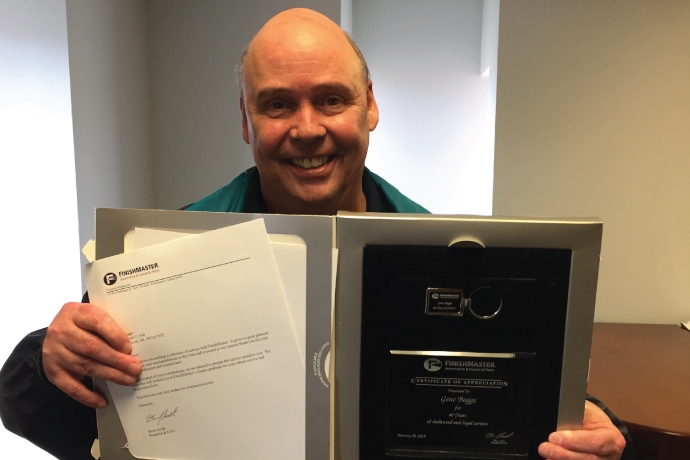 Looking back to the beginning of Gene’s career, he remembers everything being handwritten including invoicing, pricing, and looking up parts because there were no computers. Over 40 years, he has seen FinishMaster change and grow, moving to implement more technology and making day to day operations quicker and easier.

Gene remembers Jim White as an influential person throughout his career because of his dedication to customer service.

“Jim White was a very good mentor. His ideas and way of doing things were all based around customer service. Everything was all about the customer with Jim.”

Gene has stayed with FinishMaster for 40 years because of the team members he has worked with. “The people are good to you and treat you well,” said Gene.